We are Penn undergraduate alumni who formed a non-profit organization called Critica with the goal of improving the public’s acceptance of scientific consensus, counteracting misinformation about science and health, and increasing the use of scientific evidence in public policymaking. Initially, we focused our attention on vaccines, GMOs, nuclear energy, climate change, Lyme disease, and personal gun ownership. More recently, after conversations with the Robert Wood Johnson Foundation, we added the safety of municipal drinking water in the U.S. as an important topic for which the public should be provided scientifically accurate information and given guidance against misleading or incomplete information. Because this was not an area where any of us had significant background, we sought collaboration with The Water Center at Penn.

We quickly learned from our Penn Water Center colleagues that the American public tap water supply is safer than it has ever been and is the safest in the world. We also identified multiple areas in which misleading claims about contamination and toxicity of our drinking water are spread through the internet and social media.

Perhaps the most obvious topic where information regarding tap water is misrepresented is the persistent rumor that fluoridation of water causes a myriad of health problems. There is little scientific debate that fluoride at appropriate concentrations prevents tooth decay in children and adults. In fact, the U.S. Center for Disease Control and Prevention (CDC) declared community water fluoridation one of the ten greatest public health achievements of the 20th century. 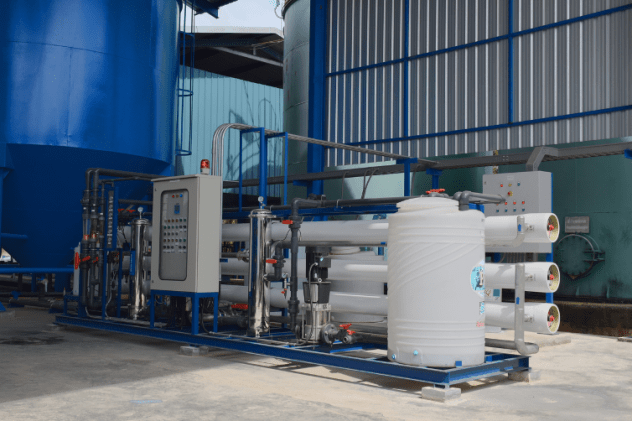 Despite endorsements by many scientific and medical organizations, including the American Dental Association and the American Academy of Pediatrics, claims persist that fluoride in drinking water causes medical harm. It is true that at very high levels, fluoride can cause toxicities resulting in abnormalities to skeletal bone, teeth, and the thyroid gland. However, to protect against this, the Environmental Protection Agency (EPA) sets a maximum level of fluoride allowed in drinking water of 4.0 parts per million (ppm) and recommends that fluoride levels be maintained at a minimum of 0.7 ppm to protect dental health. Studies show that in this range, fluoride’s benefits in decreasing tooth decay outweigh any risks of harm. A study in Juneau, Alaska, serves as an example. In 2007 the city voted to stop fluoridating its public water supply, which resulted in a 25.2% increase in tooth decay in children and adolescents.

Most recently, concerns have emerged that children exposed to fluoride in tap water either during prenatal life or infancy can show adverse neurodevelopmental outcomes, particularly lower IQ.  These concerns stem from a 2019 draft report from the National Toxicology Program, which concluded that fluoride is “presumed to be a cognitive neurodevelopmental hazard to humans.”  While this assertion has been challenged by many experts as well as a report from the National Academies of Science, Engineering, and Medicine, information from the 2019 draft report promoted through social media and internet channels has nonetheless promoted increased debate about the safety of fluoridation of the public water supply.

This situation highlights two common challenges faced by those of us interested in counteracting misinformation about science and health. First, it is understandable that people believe information presented by scientists or scientific organizations without considering the aggregate scientific data, especially when there is some disagreement within the scientific community itself. Hearing that a report from a national scientific agency links fluoride to neurodevelopmental problems is going to make some parents anxious about fluoride’s safety. We need to correct misinformation while at the same time respecting understandable fears and anxieties.

Second, it is frequently difficult to convey risks and benefits to people who do not possess a scientific background. At the levels of fluoride allowed in drinking water, most scientists and health professionals conclude that the benefits far outweigh the risks and that fluoridation is worthwhile to protect the public’s health. But such risk/benefit assessment may not persuade the general public. Studies show that people tend to overestimate very small risks and that some people cannot tolerate any risk. We cannot tell people there is absolutely zero risk that fluoridation will cause harm. We can only say that the benefits of reducing tooth decay and oral infections are far greater than any risk associated with fluoridated drinking water. In explaining this, we need to walk the fine line of acknowledging risk and encouraging rational assessment of that risk.

To counteract misinformation about health and science, we needed to explore the most effective and respectful ways of promoting accurate information about issues like the risks and benefits of drinking water fluoridation. We searched the literature for studies of various methods that have been shown effective in dissuading people from believing misinformation. Most of these studies have been conducted in the laboratory and the majority involve political and public policy statements. Nevertheless, we were able to draft a protocol for counteracting online misinformation in the health and science fields.

Our approach is to enter into a thread of comments on an internet or social media site that begins with some misinformation about drinking water safety. Our CIO, Cody Leff, has developed a method that permits us to pick out stories in traditional media and review them for accuracy. We then use Crowd Tangle software to locate social media sites in which an inaccurate or misleading statement based on the original story is repeated and discussed.

Our protocol is based on a psychological intervention called Motivational Interviewing (MI) that was originally developed to help people with substance use and mental health disorders find reasons to pursue treatment. Of particular importance to us is the MI method of establishing common ground with an interlocuter, which is essential for initiating the counteracting protocol. We proceed through the protocol steps including asking the person who has posted the misinformation to explain the scientific basis for their statement; warning or “inoculating” the people joining in on the thread that we will be disputing the misstatement and then later providing actual scientific information; and offering people on the thread the ability to take their own actions to find out what the scientific evidence says rather than passively accepting what they have read from the original poster. Because social reinforcement is an important component to maintaining false health and science beliefs, we also explain that there are social groups that promote the scientific evidence rather than false beliefs.

With a grant from the Robert Wood Johnson Foundation we plan to test our protocol on drinking water safety and to find out if it is effective in persuading people who go online seeking information about the safety of drinking water in their community where there is sufficient useful scientific evidence that can be applied to the topic. We hope to dissuade people from unnecessarily purchasing bottled water or expensive home water filters when the water from their taps is perfectly safe to drink. Once we have learned what parts of our protocol work and what parts need adjustment, we hope to apply it to other health topics, including fears about a hopefully forthcoming coronavirus vaccine.

Jack Gorman is a physician and scientist who majored in English literature at Penn and now works as a behavioral healthcare improvement consultant in addition to serving as president of Critica.

David Scales MD, PhD is the Chief Medical Officer for Critica and an assistant professor of medicine at Weill Cornell Medical College. David is an internist and hospitalist in New York City who did his undergraduate work at Penn and holds a PhD in sociology from Yale.

Cody Leff is a designer and software engineer specializing in user experience and data visualization for the web.  Cody received a B.S. in Architectural Design from Stanford University in 2015 and has since worked in a variety of technology-focused roles including product strategy, visual and experience design, software development, and digital marketing.  As part of the Critica team, Cody works to promote evidence-based decision-making for health and public policy issues through software and information technology solutions.

Sara Gorman is a public health specialist and author who has written extensively about mental health, global health, and the intersection of public health and psychology, among other topics. Sara’s book, Denying to the Grave: Why We Ignore the Facts That Will Save Us, published by Oxford University Press in 2016, explores the psychology behind irrational health beliefs and decisions. She is currently working on a second edition of the book covering the political war on science in the U.S. and the emergence of misinformation in the face of health crises such as COVID-19. Sara’s work has appeared or been reviewed in TIME, The New Yorker, Science, Psychology Today, The Atlantic, BBC, NPR, and Quartz. Sara majored in English at Penn, holds a PhD from Harvard, and an MPH from Columbia University Mailman School of Public Health.

View all posts by criticablogger